How the industry adapts and recovers

The COVID-19 pandemic impacted nearly every global industry, and Hollywood was not an exception. Seemingly overnight, studio backlots in Los Angeles and Atlanta were shuttered indefinitely as stay-at-home orders were implemented across the world. The impact was immediate; No Time to Die, the James Bond film that eyed over a billion in grosses, was pushed back an entire calendar year. Daily talk shows and news programs were forced to quarantine and broadcast from home. And trade guilds and unions, the backbone of this collaborative industry, had to grapple with creating a safe work environment in unprecedented circumstances. But while the major studios downshifted to a near standstill, some independent productions across the country continued with the livelihood of their creative collaborators in mind.

“We felt it was our obligation if we could get people a paycheck and get them working again because nobody else was really doing anything,” said Jordon Wayne Long, a director and producer with HCT Media. “To us, it was a big thing to get the people that we always depend on, we wanted them to depend on us.”

Long’s Arkansas-set Gothic thriller Ghosts of the Ozarks became one of the first American films to resume production in the wake of the pandemic, and it was unlike any set participants had seen before. All cast and crew received frequent COVID tests, makeup artists wore protective headgear, meals were provided in single servings and the crew was isolated in a Jonesboro Embassy Suites. 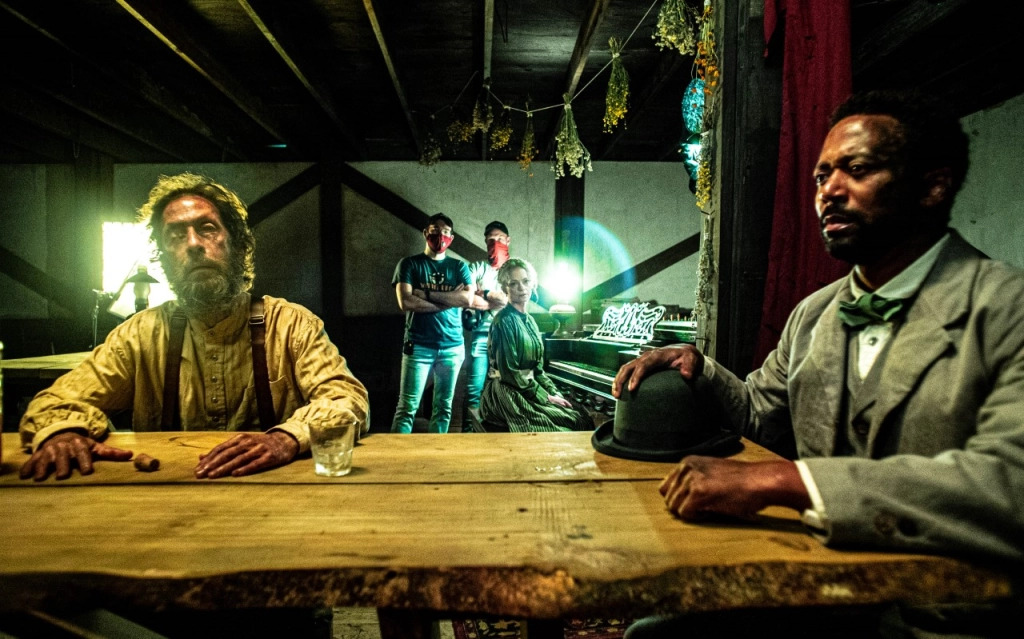 “The Embassy Suites literally locked down everything,” notes Long. “They gave us our own rooms that no one else could go in but the makeup, costume and lighting departments could hang out in. So you weren’t alone, but you were in a small group in case an infection were to take hold so we could quarantine it very fast.” Unlike Universal’s Jurassic World: Dominion, which spent nine million dollars on safety measures and rented out an entire hotel, Ghosts of the Ozarks quickly became a model for how productions could proceed safely on a limited budget—Long notes that they received hundreds of calls from producers about what they were doing.

“We knew Jurassic World was going to be okay, they were going to figure it out,” says Long. “You see a huge building built just for the testing facility. You’re like, cool, that’s great, but what about indie films, smaller films, is it possible? For us it was very important to go after it. Yes, it is possible to keep people safe and not have that much money.”

Another production, #MyCorona, even integrated the COVID-19 outbreak into its plot. The story revolves around Zoe and Alex, two Angelinos forced to connect when they find their apartment complex in lockdown. “The inspiration struck in the middle of quarantine; these people that are laid off from their jobs and can’t go anywhere,” says writer and producer Kirk Zeller. “They suddenly find themselves at home and can hear everything without the noise and commuter traffic, and I wondered what if there was a couple that could eventually fall in love that way. That became the theme of the movie: that dynamic between them and over-hearing every phone call on each other’s lives. And through that, kind of getting integrated into each other’s lives.”

Instead of filming in LA, which would be prohibitively expensive or impossible to film in due to lockdowns, the small cast and crew of #MyCorona re-grouped in Zeller’s hometown of Ravenna, Nebraska. The Silicon Prairie Center, a three-building campus that provided all interior shots for the film, became a self-contained set for the six-day shoot. Director Phil Gorn didn’t even leave California. Instead, he supervised the set via iPad. “Phil could see everything through the iPad that I was carrying everywhere, and he would communicate directly with the actors,” Zoller says. “I fed him the camera feeds through a Google meet connection, so he could see the A camera, the B camera, everything the camera crew was seeing he could see. And then we were just constantly in communication.” 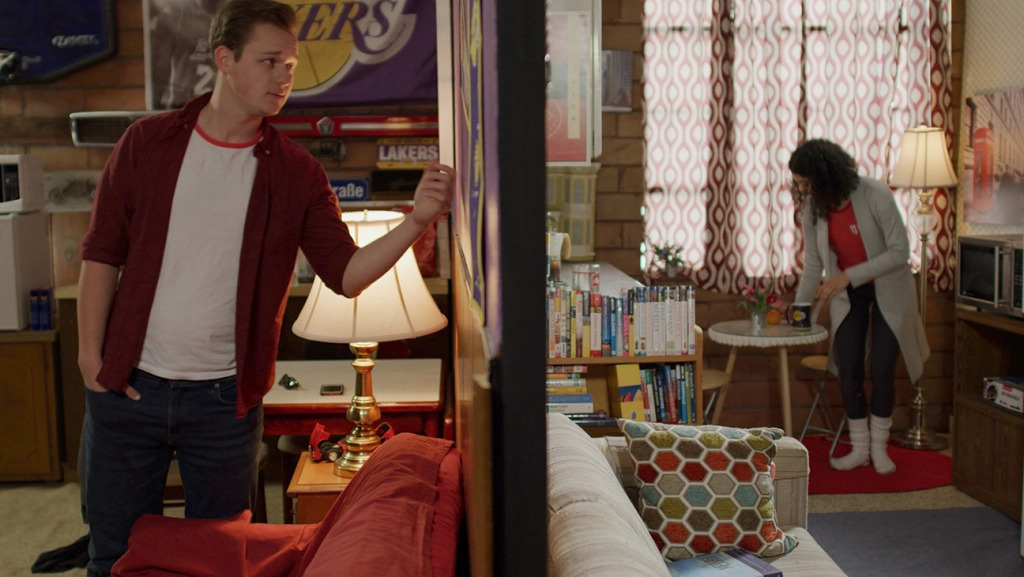 Many of these productions, from the $200 million flagship films to micro-indies, would be impossible without the guidelines created by the Alliance of Motion Picture and Television Producers (AMPTP) and Hollywood’s unions. Representatives from Amazon, Apple, CBS, Disney, HBO Max, NBC Universal, Netflix, Paramount, Sony and Warner Bros. undertook four months of negotiations to settle on return-to-work protocols that would benefit creative workers hit especially hard by the ongoing pandemic. All parties settled on a codified “zone” system that established tiers of access based on proximity to the cast, expanded sick leave for crew members that tested positive for COVID-19 and a mandatory compliance officer.

Health safety supervisors like Emily O’Banion quickly became essential for a film set. “I supervise the studio, set and production office to make sure sanitation schedules are up-to-date and that everyone has been tested appropriately,” she says. O’Banion noticed an immediate shift in creative energy with the new regulations. Thrillers set in one location and plots that didn’t rely on group shots or period costuming immediately became more appealing to producers.

“When you start involving background extras, it immediately becomes a problem when you have to hold people in a six-foot-by-six-foot cubic area when the cameras aren’t rolling, and they all have to be tested knowing that they might be in close contact with the rest of the cast,” O’Banion says.

COVID compliance officers’ role also shifted to managing personalities. “Actors and directors aren’t used to working like this, and our role is just to make telling their story more difficult,” she says. “This work really took some finesse, learning how to interact with the cast and crew when they’re having a bad day.”

While those stressful days mostly seem to be in the rearview mirror due to plunging positivity rates and loosening restrictions in production hubs, the pandemic has left an unmistakable mark on the industry. Billions of viewers suddenly stuck at home accelerated the shift to online streaming platforms, necessitating even more content and a re-evaluation of the theatrical experience. Warner Bros. is debuting its entire 2021 feature slate simultaneously on the HBO Max platform and theaters, perhaps forever blurring the line between TV and film consumption.