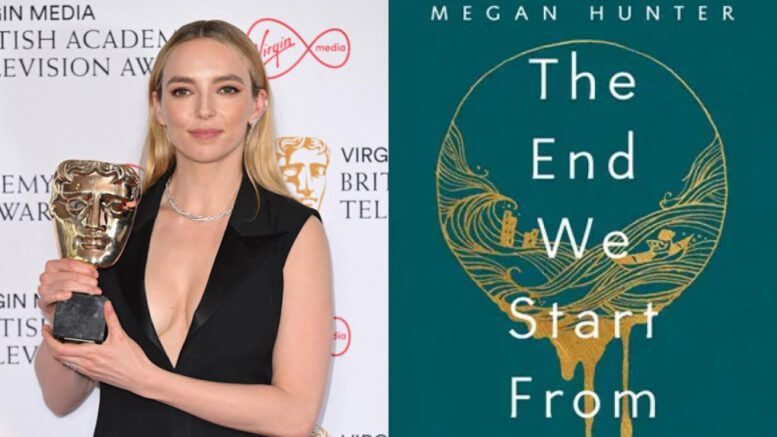 The End We Start From

Jodie Comer, the star of Killing Eve, Free Guy and The Last Duel, will headline a thriller produced by Benedict Cumberbatch’s SunnyMarch. Mahalia Belo (Requiem) will direct a script from Alice Birch (Succession, Normal People) that is an adaption of a Megan Hunter novel. According to press materials, “as London is submerged below flood waters, a woman gives birth to her first child, Z. Days later, she and her baby home in search of safety.” Content provider Anton, which recently purchased a minority share of SunnyMarch, announced a development and production agreement for feature films. Filming is set to begin London in early August.

The Kingdom of the Planet of the Apes (20th Century Studios)

Wes Ball, best-known for helming the popular Maze Runner trilogy for 20th Century Fox, is set to set to write and direct a reboot of the Planet of the Apes franchise for the studio. 20th Century Studios (formerly 20th Century Fox) was purchased by the Walt Disney Company in 2019, and is flush with intellectual property the parent company feel is underutilized. While little is known about the plot, the story will follow a young chimpanzee joined by a human on a journey to rescue his clan and save the ape kingdom from an evil ruler (unaware his human companion has a more devious intention). The studio wants to begin filming in Australia later this year.

Legendary Entertainment’s second entry in its Frank Herbert adaptation has begun pre-shooting in Altivole, Italy in the Veneto region. Full-on production with a bulk of the cast returning is scheduled for July 21 in Budapest, Hungary, which is where the 2021 title also filmed. Cast additions for this film include Léa Seydoux, Florence Pugh, Christopher Walken and Austin Butler.