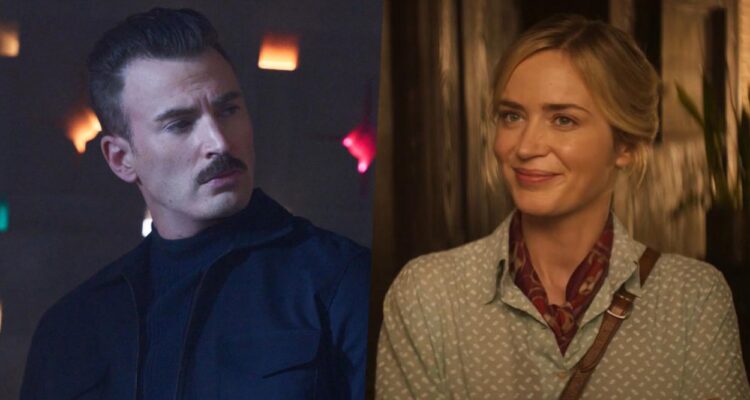 Emily Blunt (the Quiet Place franchise, Jungle Cruise) and Chris Evans (Captain America in the popular Marvel Cinematic Universe, The Gray Man) will co-star in the upcoming film Pain Hustlers. Directed by David Yates, who helmed a bulk of the Harry Potter and Fantastic Beasts films, the project sold for $50 million at Cannes. According to the logline, “dreaming of a better life for her and her young daughter, Liza Drake (Blunt), a high-school dropout, lands a job with a failing pharmaceutical start-up in a yellowing strip mall in Central Florida. Liza’s charm, guts and drive catapult the company and her into the high life, where she soon finds herself at the center of a criminal conspiracy with deadly consequences.”

Kevin Costner will return to the director’s chair for the first time since 2003’s Open Range with the Western epic Horizon. Co-produced by Warner Bros. and New Line along with Costner’s own Territory Pictures, the film will chronicle a multi-faceted, 15-year span of pre- and post-Civil War expansion and settlement of the American West told from settler and indigenous perspectives. Costner will co-write the project with Jon Baird (Filth, Stan & Ollie), with production set to begin in late August.

Dashing Through the Snow (Disney+)

Kevin Hart, who has seen recent streaming success with Fatherhood and The Man from Toronto on Netflix, will continue the trend with Dashing Through the Snow, a family holiday comedy set to begin filming this August and premier on Disney+. According to press materials, “the family Christmas comedy tells of a real Scrooge, Nick, a New York City detective who discovers the meaning of Christmas when he must help save Santa Claus from thugs out to harm him.” Filming is set to begin in Atlanta on August 8.