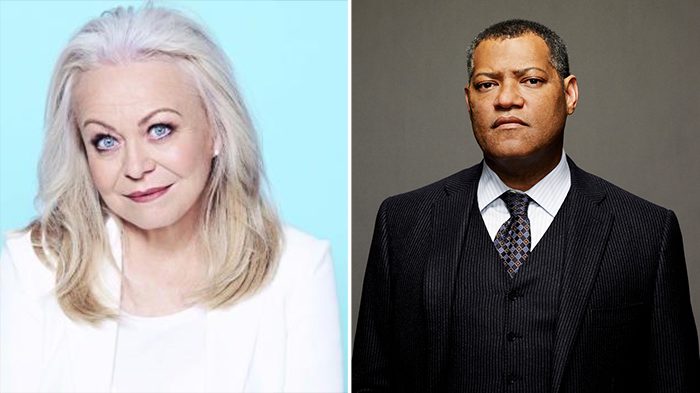 Another prestige NBA drama is in production. and the popular Percy Jackson series has cast its central trio

Ed O’Neill (Modern Family), Jacki Weaver (Yellowstone) and Laurence Fishburne (Black-ish) are all slated to star in The Sterling Affair, a six-episode limited series about the downfall of Los Angeles Clippers owner Donald Sterling amid the team’s drive to win a championship under coach Doc Rivers. The series is based on an ESPN 30 for 30 podcast that chronicles Rivers’ attempt to bring a championship to the Clippers amidst the downfall of the franchise due to the racist comments of owner Sterling (O’Neill) and the power struggle with his wife Shelly (Weaver). Filming is set to begin on June 6 in Los Angeles.

Percy Jackson and the Olympians (Disney+)

The popular Rick Riordan book series has cast its central trio: Walker Scobell, Leah Sava Jeffries and Aryan Simhadri. Scobell (The Adam Project) will star as Percy Jackson, a 12-year-old demigod and son of Poseidon, while Jeffires plays Annabeth (the daughter of Athena) and Simhadri plays Grover (a satyr disguised as a boy). The three team up to discover why the god Zeus accuses Percy of stealing his master lightning bolt and survive in the world of Greek mythology. Riordan and Jon Steinberg (Black Sails, The Old Man) are co-writing the series pilot, with production set to begin in Vancouver, British Columbia in early June.

It’s 1967 and 12 year-old Clive is playing in the New Mexican desert behind her family’s remote motel, taking photos with her trusty Polaroid, when a Mexican worker mysteriously appears before her. But he doesn’t behave like the immigrant ranch hands in the area. His name is Mann, he’s from another planet which is dying, and he’s searching for a new place for his kind to live. As dark sedans swoop to capture him, Mann hands Clive a glowing orb, asks her to hide it and promises he’ll be back. Production begins in Santa Fe, New Mexico on June 6.