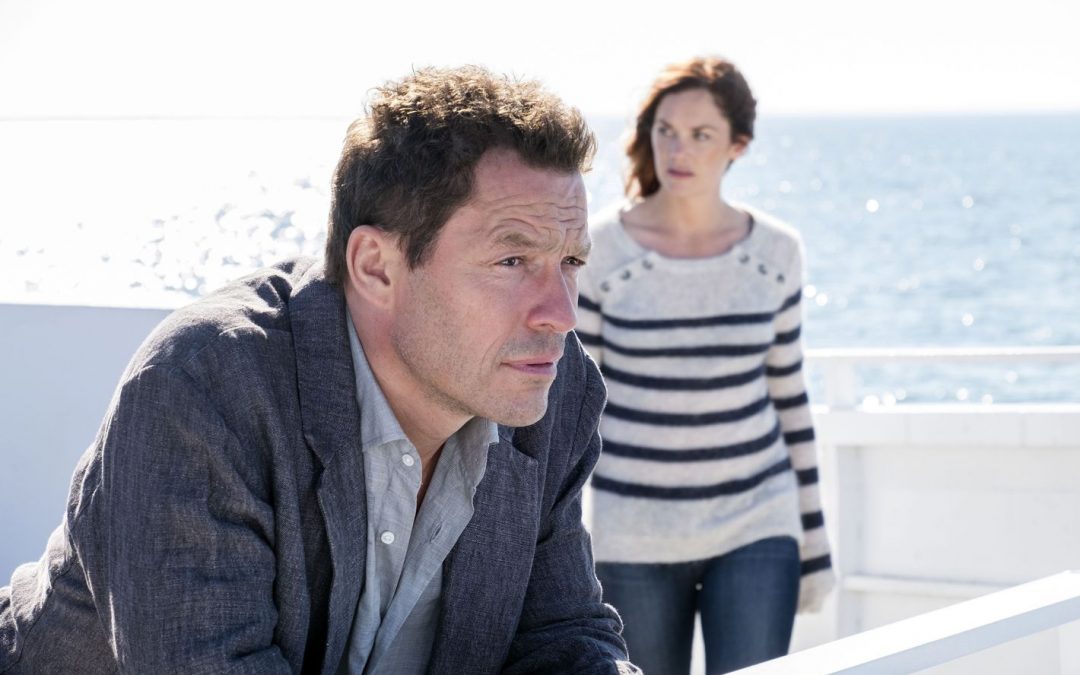 These locations are the perfect backdrop for passionate lovers and charming on-screen couples.

Romance films predominantly feature two main characters falling in love against all odds in the midst of breathtaking scenery, so finding the perfect filming location is of the upmost importance. Not only does this make the film more visually appealing, it also adds to the escapism of cinema as viewers are transported to a world where they too can meet the love of their life in the most romantic of settings. From places that can double as small waterfront towns to big coastal cities, here is a list of potential locations on the east coast to film your next romantic drama.

Whether you are looking to accomplish a contemporary or a period look, Rhode Island may be the place for your film. Block Island stands out since it offers everything from a small town feel to a grittier landscape with coastline views in every direction and dramatic sea cliffs that will leave audiences feeling like they’ve transported to a faraway land. Other productions that have filmed on location at Block Island include Dead Sound (2018) and a few episode of the TV series The Affair (2014-2019). An added incentive to filming in Rhode Island is that state-certified productions receive a tax credit of 30% from costs directly related to activity within the state. More information is available at the Rhode Island Film & Television Office.

To join a line-up that consists of Nicolas Sparks classics such as A Walk to Remember and Safe Haven, you might consider bringing your next production to Wilmington. With coastal views in every direction, all camera angles from wide shots to close ups will have views to spare. The historic feel to the buildings will work to infuse a rich sense of history into every frame. With the added benefit of mild weather nearly all year, Wilmington is also known for being “nondescript”, which means it is capable of posing for many different places while still providing varied looks.  As an extra incentive, North Carolina also offers a 25% tax rebate on qualifying expenses and purchases/rentals made by productions while it films in-state. For more information, visit the Wilmington Regional Film Commission. 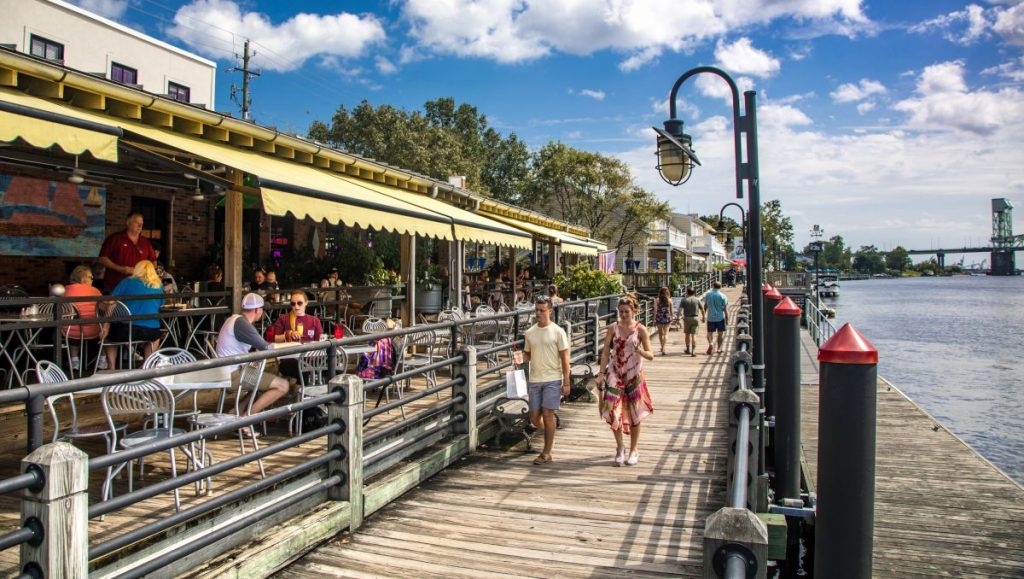 Baltimore features an array of rich landscapes to choose from such as mountains, farmlands and beautiful waterfront areas. The classic film Sleepless in Seattle shot many scenes throughout Baltimore including Fells Point, which is Baltimore’s premier spot for shopping, nightlife, and dining, which makes it an appealing place to visit while providing lively action in the background of any scene. The architectural designs throughout the city span centuries and are capable of illustrating a wide range of socio-economic backgrounds like it did in Step Up as the city’s waterfront sat beckoning in the background. According to the Maryland Film Office, a film production may receive a refundable income tax credit of up to 25% of total direct costs if it meets certain criteria. For additional information on the qualification criteria, visit the Maryland Film Office.

Often referred to as the “Hollywood of the South,” Atlanta has become an increasingly popular filming location. One of the nation’s largest metropolitan areas, this city would be an ideal choice for your next rom-com set in the city, since it features urban streets and skyscrapers such as the striking Bank of America Plaza. This is not to say Atlanta can only pass for a city in modern times, since it has suburban neighborhoods that look as though they haven’t changed since the 80s. Projects such as Baby Driver, Stranger Things and Love, Simon have all filmed in the Atlanta area. The city also gives you the opportunity to film on location, as it is also home to film studios like Tyler Perry Studios, EUE Screen Gems and Atlanta Metro Studios. According to the Georgia Film Commission, the state offers a 20% base transferable tax credit to projects that are certified by the Georgia Department of Economic Development. There is also the potential for an additional 10% uplift to be earned by embedding a Georgia promotional logo provided by the Georgia Film Office. It is also a frequent location for the shooting of MCU films such as Ant-Man and Captain America: Civil War. 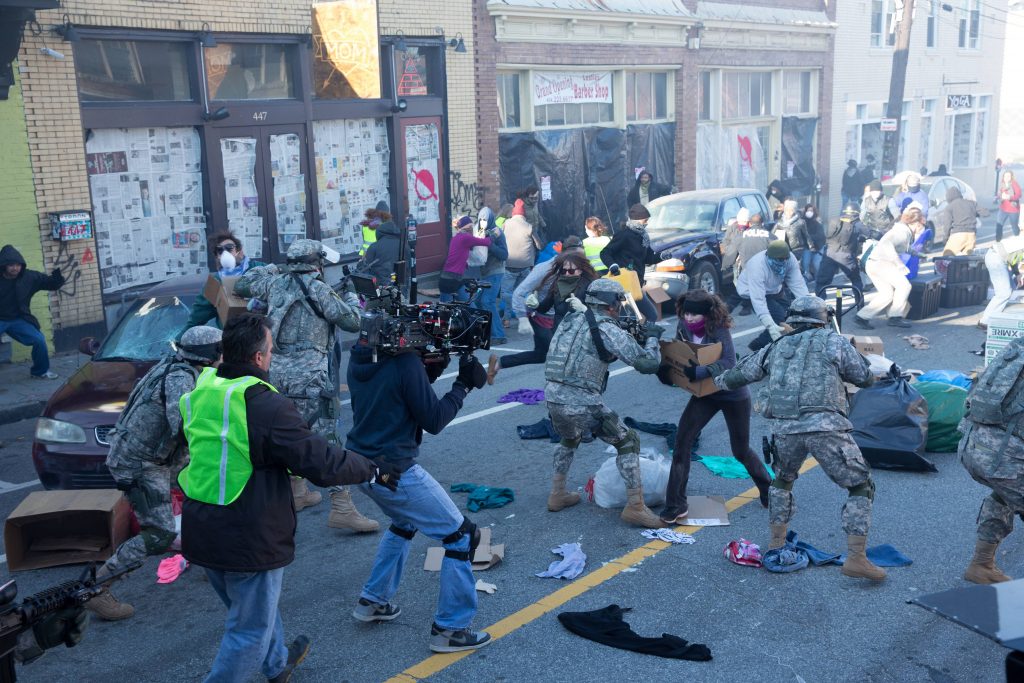 Located on the Massachusetts Bay, Boston is a picture-perfect landscape worthy of the next epic, cinematic love story.  Filming in this location would give you access to all the stunning landscapes Boston has to offer. The city has deep roots in U.S. history with a number of historic buildings still remaining despite Boston’s ever-changing skyline.  This will allow every shot to have an added depth and personality that will turn the setting into an additional character within the film like it did in productions such as The Departed, Moneyball and Shutter Island.  A big draw to shooting on location in Massachusetts is that the state provides filmmakers with a package of film incentives: a 25% production credit a 25% payroll credit, and a sales tax exemption.  More information on these incentives are available at the Massachusetts Film Office.

Serving as the location for productions such as Magic Mike XXL and The Nutty Professor 2 is none other than Myrtle Beach, SC.  The coastal city has over 60 miles of sandy beaches that are perfect for wide, sweeping shots of two people colliding together in a passionate embrace or for more intimate shots of characters walking solo.  Weather conditions are also ideal in this area, since the average temperature is 74 degrees and has around 215 days of sun every year.  South Carolina Films also states that productions may claim an income tax credit of up to 20%, but credits are limited to $100,000 per taxpayer.