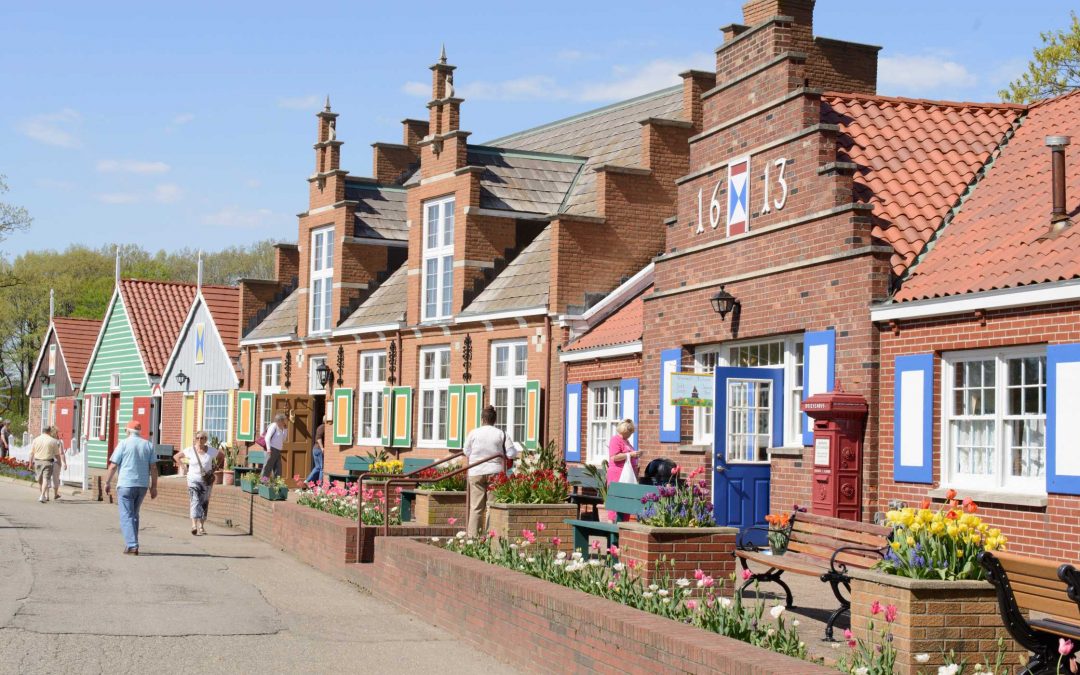 These six North American cities could be your next European filming location. The variety and possibility of each location allows unique filming opportunities for your project. The different influences and cultural ties will make it feel like you’re in another country. With film production commissions and incentive programs from North American filming locations, you can get the best funding without compromising your ideal film location.

Holland is well named, as the landscapes and Windmill Island Gardens give off the same charming appeal as a small town in the Netherlands. The Windmill Island Gardens has a small community of Dutch-style buildings with the Macatawa River flowing in the background, like backyard canals seen across the Netherlands. There is a windmill on site surrounded by fields, which turn colorful in the spring and summer by the tulip blooms, and lush greenery like European farmlands and landscapes. Michigan’s state film incentives legislation offers a 42% rebate for filmmakers that is meant to encourage film production in the western part of the state. The 2009 film Virginia, directed by Dustin Lance Black, was filmed in western Michigan, including Holland, and uses the small town and coastal region to their advantage in telling the story starring Jennifer Connelly and Ed Harris.

If you need a German look with your location, Leavenworth’s city center and surrounding mountainous terrain is the perfect place to film. German architecture lines the streets, giving a Bavarian style to the downtown and waterfront. With numerous lakes and mountains in the area, you can capture natural landscapes that look very similar to the Bavarian Alps in Southern Germany. Washington has been very supportive in the film industry, especially filmmakers from the state. With their Local Lense incentive program, Washington Filmworks offers assistance with funding for motion pictures and episodic series with less than six episodes. Once qualified, those productions can receive up to 30% of funding for in-state expenditures. Episodic series with at least six episodes can receive up to 35% in funding. Commercials can receive up to 15% on in-state expenditures. If non-resident labor meets eligibility criteria, they may receive a return up to 15%. Washington Filmworks encourages in-state creatives to take advantage of the production opportunity, and the city of Leavenworth is an option to make a European film in Washington. Mad Love, directed by Antonia Bird, shows the beautiful landscapes of Leavenworth throughout many scenes. This film shows the diversity of the natural landscape, including the mountains and fields around the inner city.

In Southern California, the city of Solvang embodies a Danish town with its styled buildings and houses that can be found on nearly every street. The architecture throughout this city makes it feel like you’re walking through a town in Denmark. The city provides a broad location to film, since there are Danish-style buildings everywhere you turn. With the amount of Danish influence, it would be hard to feel like you aren’t really there. The California Film and TV Tax Credit Program allows qualified taxpayers a credit against net tax for their productions in the state. These tax credits, given through a credit certificate, are claimed on the tax return that the certificate specifies as the beginning year. The two programs, Program 2.0 and Program 3.0, differ in the amount of years that can be carried over with the tax credit. Program 2.0 allows an extended six years and Program 3.0 allows an extended nine years. With the extended help on net taxes, California has been a hub for film production over the years. In the film A Very Charming Christmas Town, directed by Jake Helgren, the scenes show off the unique city of Solvang and the quant style that flows through it. 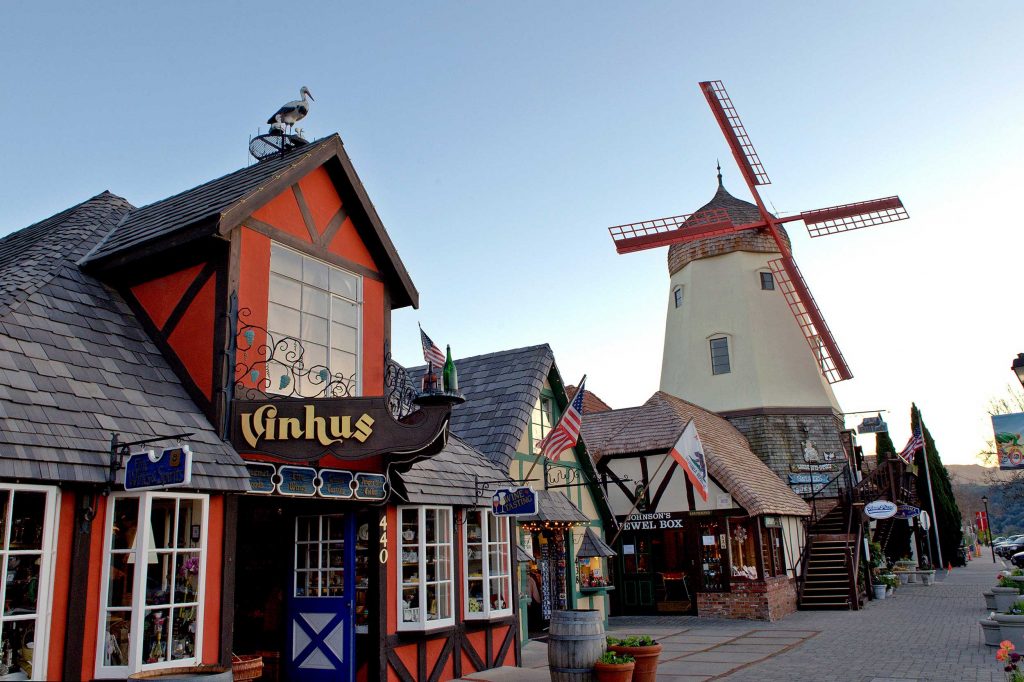 Santiago de Querétaro, most commonly known as Queretaro City, stands out with its striking Spanish architecture. Buildings with vibrant colors and decorated with clinging vines transport you to the cobbled streets of Spain. The city is nearly a replica of a mixture of Madrid and Barcelona, built up and preserved since Spanish colonization and kept very similar to many places in Spain. Mexico has multiple incentive programs to boost and support film productions. Of these programs, the High-Impact Film and Audiovisual Industry Program offers up to 17.5% cash reimbursement for productions spending a minimum of 40 million pesos during development and production, and 10 million pesos in post-production. A value-added tax rebate, 11% for border regions and 16% for the rest of the country, can be applied to qualifying non-Mexican productions. In the film Once Upon a Time in Mexico, directed by Robert Rodriguez, many scenes in this thriller showcases the lively colors of the city and the classic buildings in many of the backgrounds.

Quebec City not only has a large majority of French-speaking locals, it also has French influences all around. Much like Paris and the River Seine, Quebec City has a large river running through it, the Saint Lawrence River. While many of the buildings take after a French-style, one of the most extravagant is the historic Chateau Frontenac. Quebec City’s fountains, their city’s lighting and the colors of the buildings all play into the look-alike features of real French cities. There may be good reason to use Quebec City for a French scene in your production. Their tax incentives for productions made in Quebec are up to 20% on all expenditures.The use of labor for VFX and green screen shots and animation are up to a bonus of 16 percent. The French-Canadian film All That You Possess, directed by Bernard Emond, takes you through Quebec City in some scenes. While it wasn’t filmed in Quebec City alone, you can’t miss the scenes that show its French heritage. 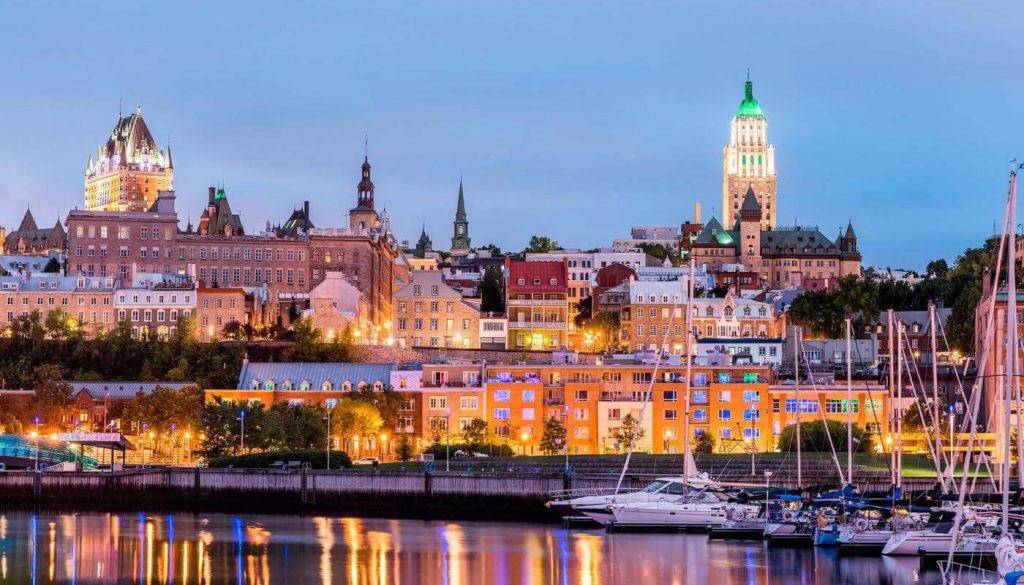 Frankenmuth, known as “Little Bavaria,” acts as a German village in Eastern Michigan. The European settlers hailed from the Province of Franconia in the Kingdom of Bavaria, so its the German roots are strong, which it’s evident in the architecture and historical appreciation. This city will give a picture-perfect version of Bavaria without having to go there. Michigan lawmakers are working on bringing back tax incentives to boost production in the state. Tax incentives will include a tax credit up to 25% when money is spent in Michigan. A bonus of 5% in tax credit will be received if a “filmed in Michigan” logo is included with the production. If Michigan residents are hired, filmmakers could qualify for a 30% tax credit, and hiring out-of-state residents would be a 20% tax credit. These incentives encourage filmmakers to use places like Frankenmuth for a variety of uses. The film A Christmas Movie Christmas, directed by Brian Herzlinger, used the enchanting feel that the city of Frankenmuth gives off for a heart-warming Christmas movie that’s perfect for the Holidays.