The Art of Filming in National Parks 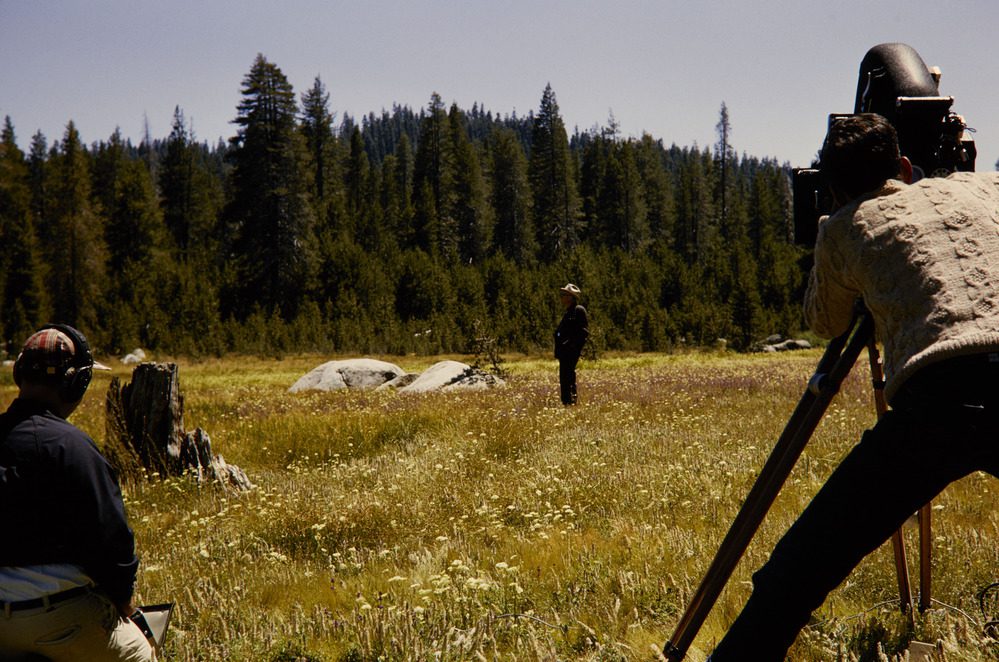 When it comes to beautiful film locations, there’s nothing quite like our national parks.

From Close Encounters of the Third Kind and The Hunger Games to Planet of the Apes, our national parks and forests have helped create unforgettable moviemaking moments. Whether they’re subbing in for a futuristic setting (California’s Death Valley National Park in Star Wars, A New Hope), taking a step back in time (New Mexico’s Santa Fe National Forest in 3:10 to Yuma), pretending to be another place (Wyoming’s Grant Teton National Park in Rocky IV) or simply portraying their gorgeous natural selves (Montana’s Gallatin National Forest in A River Runs Through It), these locations play a big role — both literally and figuratively — in the films in which they appear.

The National Park Service (NPS), created by an act signed by President Woodrow Wilson in 1916, is an agency of the U.S. federal government (the bureau of the Department of the Interior, to be exact). The system includes 423 areas covering more than 85 million acres in every state, the District of Columbia, American Samoa, Guam, Puerto Rico and the Virgin Islands. The largest is Arkansas’ Wrangell-St. Elias National Park and Preserve at 13.2 million acres, while the smallest is Pennsylvania’s Thaddeus Kosciusko National Park at .02 acres. These areas include national parks, monuments, battlefields, military parks, historical parks, historic sites, lakeshores, seashores, recreation areas, scenic rivers and trails and the White House.

Interested? We thought so. But before we discuss the specific rules and regulations of filming locations in national parklands and tips to help you navigate, we first must define what constitutes commercial filming. 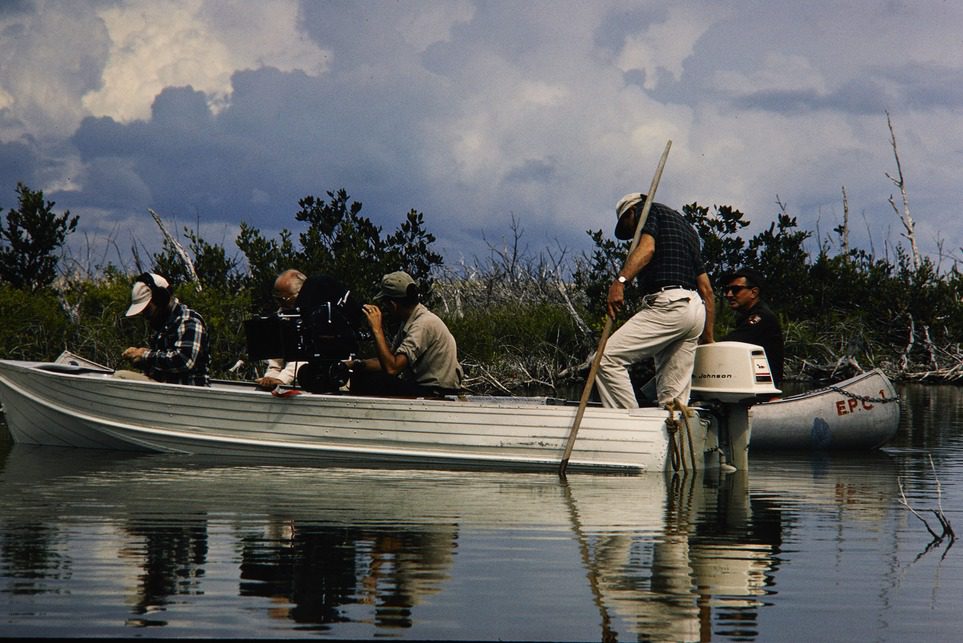 WHAT IS NATIONAL PARK COMMERCIAL FILMING?

According to the NPS, commercial filming means “film, electronic, magnetic, digital or other recording of a moving image by a person, business or other entity for a market audience with the intent of generating income.” That includes feature films, videography and documentaries with or without the use of actors, models, sets or props. It also includes individuals or small groups who don’t use a lot of equipment but are generating income by posting footage on websites, such as YouTube and Tiktok.

As of Oct. 28, 2022, when new rules went into effect, under federal law, all commercial filming that occurs within a unit of the NPS requires a permit. From there, however, requirements and fees can vary greatly from park to park. In general, filming location permits focus on the terms and conditions that are necessary to protect park resources and visitors and includes location, activity time, and the number of personnel and equipment that may be used.

Or, as Natalie Barber, interpretive park ranger at Pipestone National monument, puts it, “These are the people’s parks. We are really just the stewards of them.”

While the process of filming in national parks can seem daunting, there are things that can be done to make it easier.

“The more information the park is given upfront the better,” says Barber, which can prevent a lot of back-and-forth discussions. That includes knowing exactly where you’re going to be going, what it is you want to do, how many people will be involved, how long it will last, and if visitors will be inhibited. Having a shot list is a good idea too. “Every park has questions,” adds Barber, who has worked in six different ones. “You can’t give them too much information.” 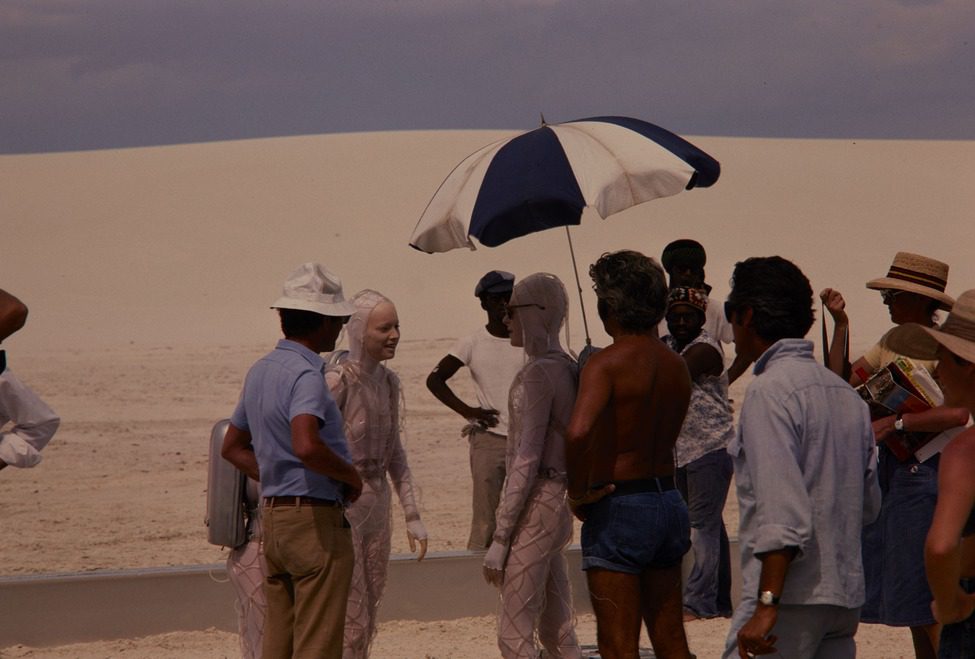 HOW TO GET A NATIONAL PARKS FILMING & STILL PHOTOGRAPHY PERMIT

Once you’ve determined the park where you’d like to film and gathered all your pertinent information, you are ready to submit an application, which is available through each park’s website or administrative offices. Like with most things in life, the earlier you submit your application the better. “As they [park officials] are going through the permit, it’s beneficial if you can help them visualize exactly how this is going to happen and what they need to provide on their end and be ready for,” says Barber.

If you want to make sure you know the latest national park filming regulations, don’t be afraid to pick up the phone. “It’s always best to call as most parks don’t have whole teams devoted to permits, websites, social media and volunteer programs,” she says. “If something has changed, there’s no guarantee that anyone on the staff will have updated it on the website.”

Under federal law, the NPS is required to recover its administrative costs for commercial filming and still photography activities that require a permit. That includes an application fee ($40) and any additional charges to cover the costs incurred by the NPS in processing your request and monitoring the permitted activities, which varies from park to park and the size and complexity of the filming. Federal law also requires the NPS to collect a location fee that provides a fair return to the United States for the use of park lands for commercial filming and for still photography that requires a permit.

These permits also may require you to obtain liability insurance naming the United States as additionally insured in an amount commensurate with the risk posed to park resources by your proposed activity. You also may be required to post a bond to ensure the payment of all charges and fees and the restoration of the area if necessary.

“People’s needs as far as filming varies so much that will depend on what you are doing and the extent of it and the park itself,” says Barber, admitting that getting insurance or bonds can be a hassle. “Insurance can be expensive, prohibitive in some cases or feel unnecessary. But if it makes it easier for the park to green light the permit, it will be less of a headache for the film crew in the long run.” 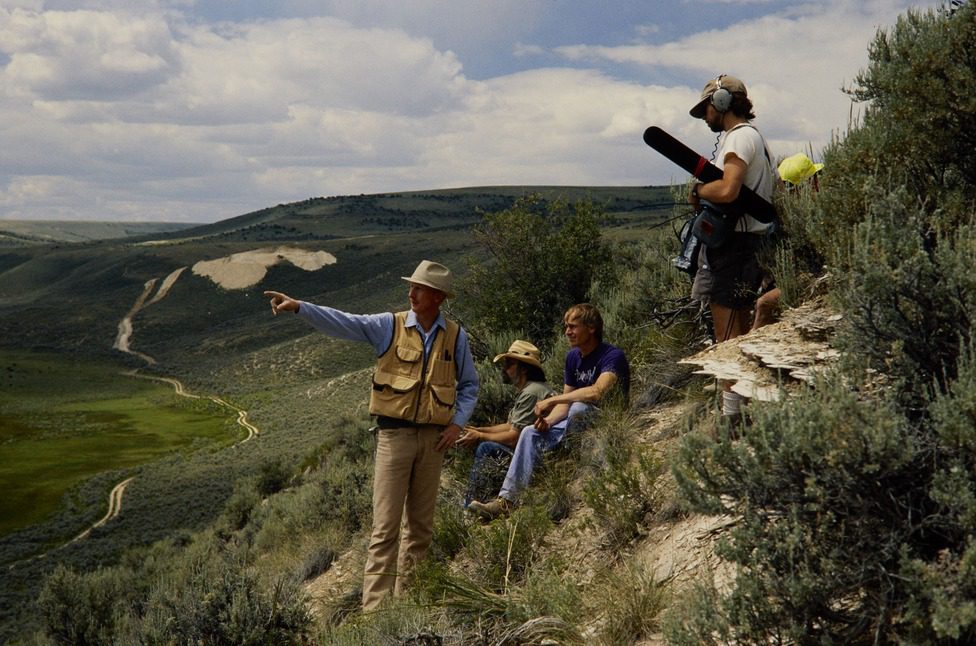 DO’S AND DON’TS OF FILMING IN NATIONAL PARKS

Now that you have your permit, here are some tips to make the filming process run smoothly.

Just as it’s important for the park to have as much information prior to your filming, it’s a good idea for those doing the filming to educate themselves on the specific national park they will be using, especially when it comes to areas that have cultural significance. “It would go a long way in spaces like that to ask about things first,” says Barber. An example would be ceremonies that are performed at these sites, some of which are fine with filming while others don’t want a photo being taken. “There are some things you wouldn’t even know it would be an offense unless you ask,” she says.

As far as other restrictions, all filmers, no matter the size, must comply with all rules that apply in park areas, just like other visitors.

Another area with a potential for confusion concerns the national park’s control over wildlife. “If you’re filming somewhere, say, with bears, we will do our best, but we don’t tame the animals,” says Barber, adding that the parks aren’t wildlife sanctuaries. “Understanding the elements and what we can and cannot control in our national parks is important.”

And that goes for the parks’ visitors too. “The biggest one I have encountered is people wanting to film in areas that visitors also use. The idea that, Oh, I’ve gone through the permit process, I’m now greenlit, and I don’t have to worry about anyone else at the site,” she says. “We are trying to juggle two different uses at the park.”

As with other aspects of filming in national parks, sectioning off from visitors varies from park to park.  “We can for limited amounts of time block off trails for visitors but, of course, not for wildlife,” she says. And if you’re thinking of filming at the Lincoln Memorial in Wash., DC, sans visitors, think again. “There are some areas we are not going to section off,” says Barber, who worked at the iconic memorial. “It’s not going to happen.”

One way you can improve your chances of having less visitors in your shot is scheduling filming around times when the parks are less busy. “The weather may not be great, but they’ll have less to deal with in terms of massive amounts of people,” she says. Also, consider the day and time of filming. “If you come at lunchtime on a Saturday, it probably will be slammed. But if you film at 8 a.m. on Monday, you’ll probably be a lot better off as far as having to deal with so many people in your way.”